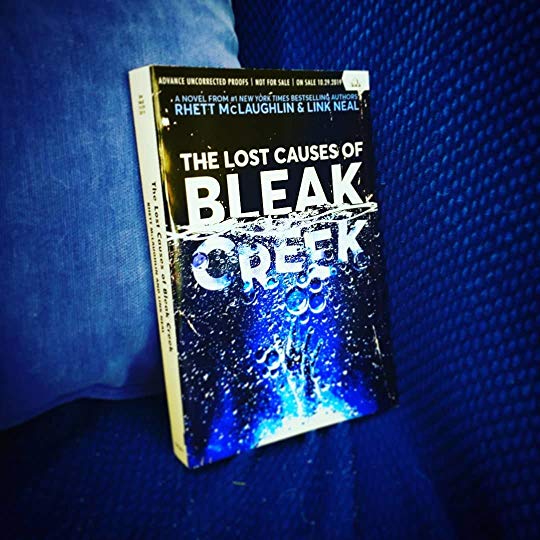 Now you know that this one made the cut, check out my video review to see the others!

"I'm not used to people thinking I'm a bad kid. It's kind of exhilarating."
"...I feel like I'm being judged. And punished with tomatoes." Rex McClendon and Leif Nelson are best friends (along with Alicia Boykins) in their small town of Bleak Creek.

The three of them literally do everything together and their latest project - PolterDog - is sure to be a hit at the local film festival.

However, while filming a vital scene, a series of unfortunate events (involving (but not limited to) a bacon belt, a crazed Tucker, an organ fundraiser, two baptist preachers duking it out and a pig roast) results in Alicia taking the fall for all of them. "They're taking her to the Whitewood School," Leif said. Whitewood, the local reform school, is praised by any and all adults living in Bleak Creek...

No one exactly knows what goes on in the school but there are rumors...dark rumors floating about the school. People go in one way and come out completely different.

Rex and Leif need to get their friend out, but how

No one believes them and even if they did, no one is going to go against such a fine, upstanding community school.

No one's escaped unscathed, but Alicia is determined to be the first. She was no Princess Peach, trapped in a castle hoping that two plumbers were coming to save her. She will not let this place break her. She will not fall. She will not - For the first time since arriving at the Whitewood School, it hit her: She could die here.

I have a confession.

The ARC (advanced readers copy) arrived in the mail...and I finished it same-day. I couldn't help myself. It was that good.

I had so many expectations going into this book and every last one of them was exceeded.

I feel like making that cross-media leap can be difficult for most (if not all) celebrities but Rhett and Link write as if they have been authors all their lives.

I was extremely impressed by the humor, the plot, the characters - essentially everything in this book - and was wholly entertained from cover-to-cover.

First and foremost, I absolutely adored the humor.

Humor is arguably one of the better-known qualities from Rhett and Link's YouTube careers and it absolutely shines in this book.

There were so many little details that wove in and out of the book, playing upon each other and returning again and again for further hilarity.

I don't want to give too much away, but one thing that I loved was the rivalry between the local churches. The entire book could have been about that and I would say that there wasn't enough church-on-church competition! ...the red-brick First Baptist Church with its towering steeple, less than fifty yards from the light brown brick Second Baptist Church with its slightly taller steeple.... And Rex's scootering leg! Oh my gosh. I could not handle that. Rex barreled down the blacktop...his scooter leg bouncing off the pavement, propelling him at a fraction of the speed of a bicycle." In addition, there were so many side characters with quirky personalities scattered throughout the book that truly made it memorable."Can you just...Can you just speed up a little Try and lose 'em"
"For you, Neenie Anything." GamGam pressed down on the gas, and Janine's head was thrust back... A lot of the humor relied on slow builds and reoccurring bits, so it was a bit hard to find the perfect quote to sum it up, but honestly, that made them all the more enjoyable (though, for the record, we definitely needed more mortician-dad and pig-roasting envy!) When I talked with the authors about their choice of names (Rex and Leif, opposed to Rhett and Link), they admitted that the first few drafts really did use their real names but eventually it felt too self-indulgent (and a bit awkward).

They felt like they couldn't truly manipulate the world of Bleak Creek if they kept things so close to the truth.

So, Rhett and Link changed their main character's names to create some distance between the novel and their real-selves. As a semi-professional reviewer and fully professional reader, I definitely appreciated that choice. If they had gone full Rhett-and-Link in these pages, that would take away some of the stand-alone qualities of the book.

That's not to say that the duo didn't include things from their real lives.

They kept a lot of their personality quirks but exaggerated them for the book (or explored them from a new direction).

And there were a few key moments from their lives that were kept the same, such as how they both had their first crush on the same girl:Rex also had a crush on Alicia.
As of a day ago.
This was a painfully unfair turn of events. But overall, by creating that distance between themselves and their characters allowed for them to take the event, fictionalize it and then run with it.

And there were a few of the earlier interactions with the "Whitewood School Graduates" that could have been a bit more polished but it wasn't so major that I was taken out of the book.

But that being said, this is an ARC and will likely be smoothed by the time this book hits the press and those "issues" (if I could even call them that) were so minor in comparison to my enjoyment of this book that I honestly barely noticed.

All-in-all, one of the best things about this book is that it is good enough to stand on its own two feet (pages).

The plot was fresh and exciting, the world building was strong and hilarious, and the characters were extremely well-fleshed out.

This is truly the best book I've read all year!

And...that ending...oh wow. I can truly say that I never saw it coming and that I cannot stop hoping for a second book - I'm keeping my fingers crossed. An absolutely unbelievably huge thanks to the authors (Rhett McLaughlin & Link Neal), Jenna Purdy, Brian Flanagan and the publishers at Crown for sending me a free ARC in exchange for an honest review - and for allowing me to talk to Rhett and Link about their latest literary adventure!

It’s 1992 in Bleak Creek, North Carolina, a sleepy little place with all the trappings of an ordinary Southern town: two Baptist churches, friendly smiles coupled with silent judgments, and a seemingly unquenchable appetite for pork products.
Expand text… Beneath the town’s cheerful faÃ§ade, however, Bleak Creek teens live in constant fear of being sent to The Whitewood School, a local reformatory with a record of putting unruly teens back on the straight and narrow – a record so impeccable that almost everyone is willing to ignore the mysterious deaths that have occurred there over the past decade.

At first, high school freshmen Rex McClendon and Leif Nelson believe what they’ve been told – that the students’ strange demises were all tragic accidents. But when the shoot for their low-budget horror masterpiece, PolterDog, goes horribly awry – and their best friend, Candice Boykins, is sent to Whitewood as punishment – Rex and Leif are forced to question everything they know about their unassuming hometown and its cherished school for delinquents.

Eager to rescue their friend, Rex and Leif pair up with recent NYU film school grad Janine Blitstein to begin piecing together the unsettling truth of the school and its mysterious founder, Wayne Whitewood. What they find, with Candice’s life hanging in the balance, will leave them battling an evil beyond their wildest teenage imaginations – one that will shake Bleak Creek to its core.

The Lost Causes of Bleak Creek 1 of 5

The Lost Causes of Bleak Creek 2 of 5

The Lost Causes of Bleak Creek 3 of 5

The Lost Causes of Bleak Creek 4 of 5

The Lost Causes of Bleak Creek 5 of 5 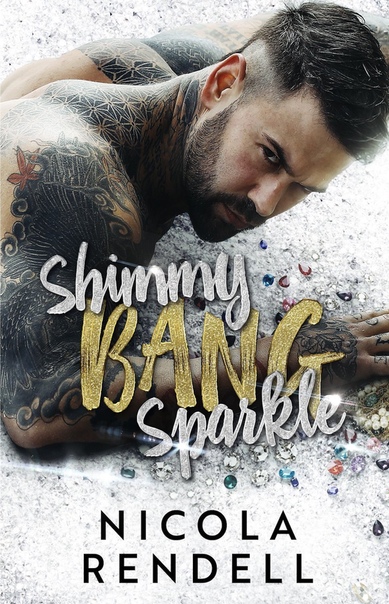 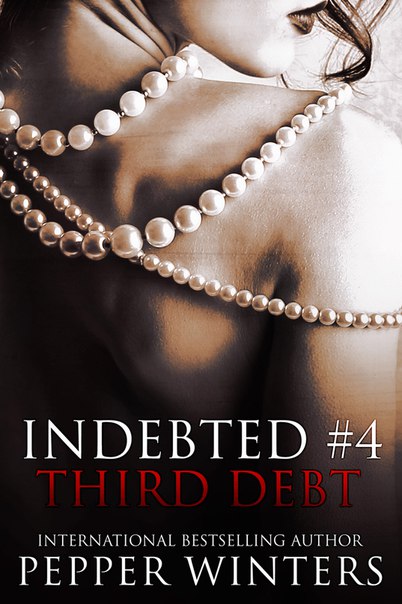 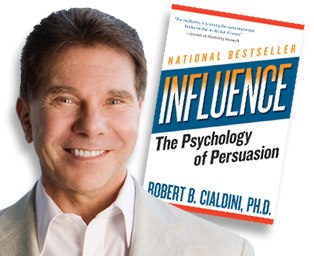