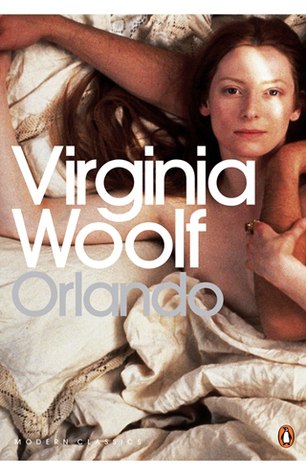 My mom made me clean my room this weekend. No, not a teenage pain-in-the-ass cleaning of the room, this was THE cleaning of the room. As in, it was finally time to take apart the room I'd had in that house since we moved there somewhere around my thirteenth birthday.

Look you guys, I get it. I'm twenty-four. That's another one of those Facts of Life that just happens to you, and most people would say I was far past time for this. And you know what I was doing okay with it. It went slowly, but it wasn't as bad as I had thought it would be- I went through old clothes, trophies from various sporting events (yeah, I spent sometime laughing about the fact that I used to do sports, too), old pictures of friends and even boyfriends, and the major breakdown I was waiting for happily stayed away. Yessir, I was a-okay.

Then I got to The Wall. It was the last thing to be done, and I just couldn't bring myself to do more than look at it and then utterly lose my shit. Why that, when nothing else managed to get to me Well, here's why: I started building that wall when I was thirteen years old. It's full of every person I was, thought I was, or hoped that I would become. It started on the back of the door which was plastered all over with quotes in ridiculous fonts from my favorite books (I can tell you the exactly the path I followed putting things up on that door by where the quotes are from) and three pages of plastered quotes describing my personality at sixteen that a friend gave me for Christmas. There's the label from my junior year birthday present from my friends that says "The flamboyant actress' box of stuff," which is right next to two posters of illustrated Shakespearean quotes I got in Stratford and over Glinda the Good Witch sitting on top of the lightswitch saying, "You've always had the power to go back to Kansas" (I didn't put that there, and to this day I have no idea who did). This gives way to black and white posters showing scenes of Paris, cutouts from about a bazillion travel magazines, pictures I took in Ireland and England (including a prominently placed one on top of Glastonbury Tor), a speculative geneology chart out of the Arthurian legends, a painting by Magritte, a huge section of black and white glamour shots of old Hollywood stars (Grace Kelly, Elizabeth Taylor, Errol Flynn, a photo of Bogey looking down a totally unaware Marilyn Monroe's dress, a drunk Orson Welles bombasting to Tony Curtis), my headshots and professional photos from the various productions I was in, cast photos, and a picture of the voice teacher who was my second mother for many years.

In other words, it's the most fucking ridiculous part of the room! You'd think I'd be glad to get rid of the the embarrassing evidence of my bad taste, failed dreams, and terrible role models. And yet, that part was the only thing I gave a shit about. I really felt like crap about it, until I read Orlando and saw this:

"For she had a great variety of selves to call upon, far more than we have been able to find room for, since a biography is considered complete if it merely accounts for six or seven selves, whereas a person may have many thousandand these selves of which we are built up, one on top of the other, as plates are piled on a waiter's hand, have attachments elsewhere, sympathies, little constitutions and rights of their own so that one will only come if it is raining, another in a room with green cutrains, another when Mrs. Jones is not there and some are too wildly ridiculous to be mentioned in print at all."

"naturehas further complicated her task and added to our confusion by providing a perfect rag-bag of odds and ends within us-a piece of a policeman's trousers lying cheek by jowl with Queen Alexandra's wedding veil.Instead of being a single, downright, bluff piece of work of which no man need feel ashamed, our commonest deeds are set about with a fluttering and flickering of wings, a rising and falling of lights."

I wrote in an earlier Vita review about my envy of coherence and life stories that make sense, and how frustrated I was that I couldn't make my own follow a similar pattern. Woolf understands this frustration ("a single downright piece of work of which no man need feel ashamed"), and tells me why it isn't ever going to happen- the thousands of selves, and Queen Alexandra's wedding veil and the policeman's trousers- what sort of goddess thinks of that- and then, gift of all gifts, she seems both to understand it and even sympathize with it (in her way)! And this isn't some poet off the street we're talking about, this is Virginia Woolf! She's okay with inconsistencies Someone that smart is fascinated with absurdities, flights of fancy, illogical trains of thought, even slowness in someone that she loves this deeply She's willing to write 300 pages celebrating it, even

Screw bodice rippers, that thought is the best porn that literary devising could give me. She gave me back Glinda and Bogey, and made me feel proud to take them. Orlando is many things, but it is above all a story that tries to make a dozen fantasies seem possible, or even the inevitable result of a life that is lived with all those thousand selves really getting in their say. While Woolf's tone in this book is often light, mocking, wry, or even cutting, I don't think that this detracted from the sublime quality of the story that she's telling. If anything, her wry asides made the telling of Orlando that much more meaningful. By engaging with prosaic reality every so often- reminding us about the Nick Greenes of the world, the merchants, the couples walking two by Victorian two- she shows us why Orlando should be celebrated, if only for making it through the day, never mind the years on top of years, intact. There's nobody like Virginia Woolf for getting the most out of the heroic efforts of every last moment, and just why it tortures us so much: "The present participle is the Devil," she says here, and speaks lovingly of the past and future that shield us from the terrifying fact that we are here and now and we're supposed to be someone doing something.

Time is the enabler of the novel, the vehicle through which all this exploration takes place, the administrative assistant that dispenses elfish magic when needed and sends out stern reminders of the rules when they are being ignored, but it's one of Time's children that's both the demon and the anti-hero of the whole thing: Memory. Memory is the both the cocoon that protects Orlando from the ravages of 'growing up' too much, and the beast that tries to tear her fragile defenses into shreds the second he isn't looking (don't get me for pronoun confusion, I know what I did there). It's a dangerous drug to pull out regularly. Because no, actually, you can't stop whenever you want to:

" it has contrived that the whole assortment shall be stitched together by a single thread. Memory is the seamstress, and a capricious one at that. Memory runs her needle in and out, up and down, hither and thither. We know not what comes next, or what follows after. Thus the most ordinary movment in the world, such as sitting down at a table and pulling the inkstand towards one, may agitate a thousand odd, disconnected fragments, now bright, now dim, hanging and bobbing and dipping and flaunting, like the underlinen of a family of fourteen on a line in a gale of wind"

And no, there's no way of safely taking it, either:

"Every single thing, once he tried to dislodge it from its place in his mind, he found thus cumbered with other matter like the lump of glass which, after a year at the bottom of the sea, is grown about with bones and dragon-flies and coins and the tresses of drowned women."

There was a period in my life after a particularly traumatic experience that I would stop in the street sometimes, muttering, "Shut up, shut up, shut up!" My terrible therapist called me "weird", my mother decided I was talking to her, my friends made a nervous joke out of it. But Woolf understands the freakish intersection of memory and the present moment your body is in. It's guerilla warfare out there- the even scarier modern kind where there are even less decent barriers as to when and where it is okay for the enemy to try and fuck you up. It's not just running into an old friend, hearing a song with certain associations that'll do it. And don't think you can go searching the banks for something useful to you without paying compounded interest- there's no such thing as a free lunch, especially not in the Memory banks. One memory is part of another memory, and unless you are far better at compartmentalizing than me, even reaching for a good memory is going to involve pushing through the muck to get to it.

It's sad to think that Woolf probably understood this due to her own troubles with the state of her sanity. She uses words like "assault," when talking about time, imagery of rushing waves when showing Orlando's memories intruding upon her again and again- you don't do that unless you know what the hell you're talking about. I can see why she went on to write a book called The Waves right after this.

It's actually a pretty funny book, though. I feel like I'm giving you the wrong idea of it. It's lighthearted most of the time, there are excellent jokes in the style of Wodehouse in an archly amused tone that I just loved. It comments on gender, women in society, the industry of writing, writers themselves, historians, the Victorian age, Romantic sensibilities, and does it in a style that's the most accessible I've ever seen her write. She openly invites you to be in on the joke and comment all you like as the Vanity Fair passes you by. I felt quite worldly observing things from her perch. It feels like her contribution to all the genres of literature that happened to be popular at the time- making use of all of them, getting trapped by the conventions of none. Parts of it just happened to give me some words I've been desperately searching for, so I did the fall on my knees and worship thing instead of attending the tea party afterwards. But don't worry, she still found time to help Bertie Wooster out of his latest engagement. 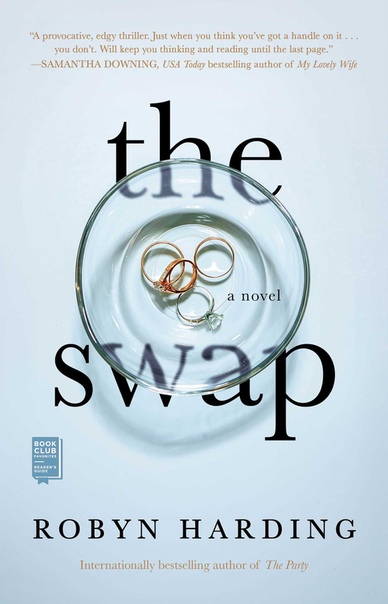 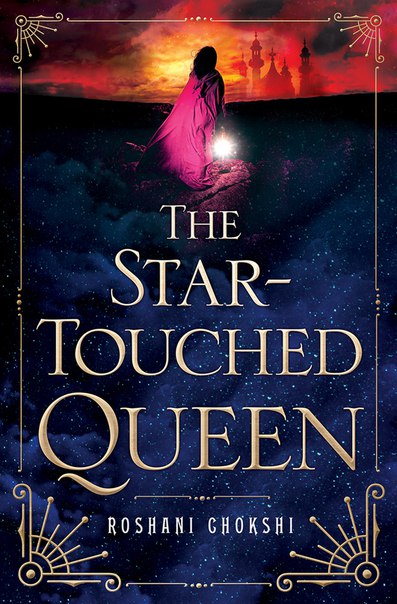 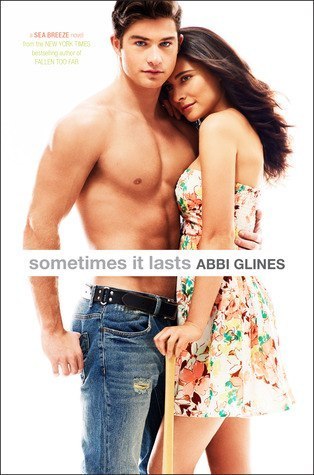 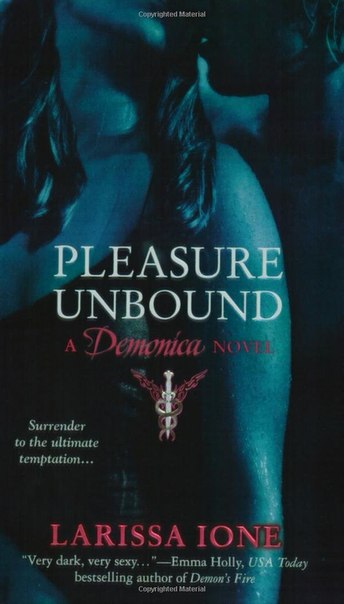